RELEASE
IN THE CITY OF SÃO PAULO THE MONTH OF HIP HOP 2016 IS GOING ON; HIP HOP SP - CAPITAL OF DIASPORA AFRIKANA.
André Luiz dos Santos
Journalist and rapper
Hip Hop SP: The capital of the Diaspora Afrikana will come to an end this Saturday in Valley Anhangabau, the city of São Paulo, from 12pm to 10pm. You are invited to join more than 500 peripheral artists echoing voice, body and take a look at the four elements of the hip hop movement (mc, breaking, dj and graffitti) on five stages to represent the macro areas of the city.
The event is the realization of the Municipal HIP HOP WEEK law 14,485 / 2007 ( SEMANA DO HIP HOP LEI MUNICIPAL 14.485/2007), in partnership with the public power represented by the Department of Culture and the hip hop movement of SP.
The theme focuses on the effective law 10,639 (The teaching of African and Afro- Brazilian history and culture). This law changes the LDB (Law of Directives and Bases) it has the objective of promoting an education that recognizes and values diversity , committed to the origins of the Brazilian people. It has been 10 years since its preparation and its effectiveness that has not been achieved in full in the municipality yet.
Also the theme questions the value given to the city of São Paulo as a capital of the Bandeirantes, who were the killers of black and native people in 400 years when the nation had as the economic system of slavery.
The hip hop movement is also a response to the genocide of the black population, the poor and peripheral. This event will have workshops, debates and concerts that will take place throughout the city from 14/03 to 16/04. It will be a show that instead of showing the individual as an enemy of public safety, it will guarantee him his share of participation in society as an artist and a citizen, in addition to ensuring rights to culture and education for everyone.
Come join us!
André Luiz – 961235445
Renato – Secretaria de Cultura – 998268213
meshiphop2016.blogspot.com.br 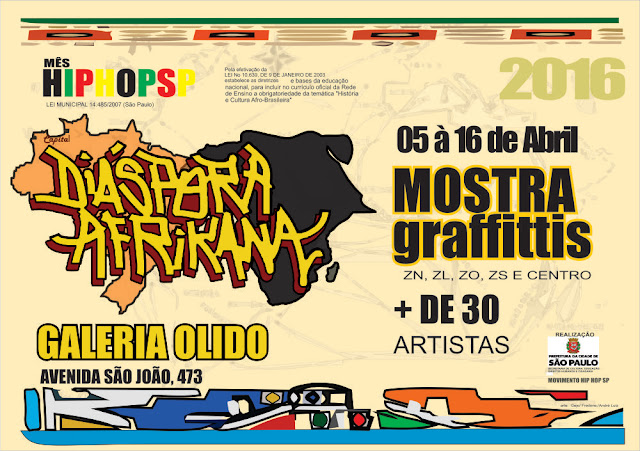 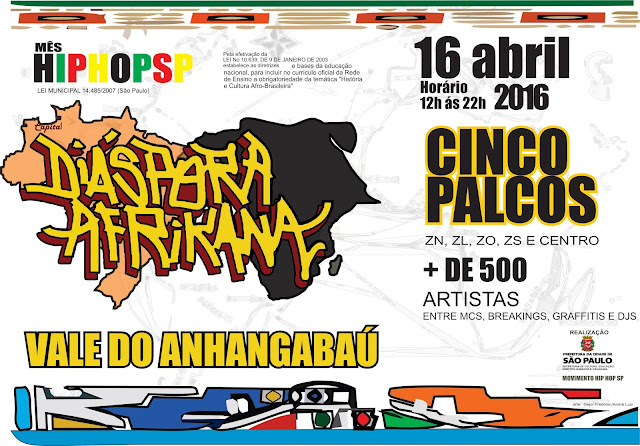